The campaign featuring real Irish amateur women’s footballers, is an extension of Cadbury’s recent ‘A Player & A Half’ work which launched the news that it had taken on the role of Republic of Ireland Women’s National Team Official Snack Partners.

The campaign was born out of insight gleaned from a survey conducted in partnership with the FAI which highlighted poor access to facilities and equipment for female football players in grassroots clubs around Ireland.

In an effort to help to address this gap, Cadbury has launched exclusive in-store activations at SPAR to increase awareness for and improve playing conditions. Cadbury are asking members of the public to ‘Become A Supporter & A Half’ by purchasing a Cadbury Dairy Milk in participating SPAR stores nationwide. 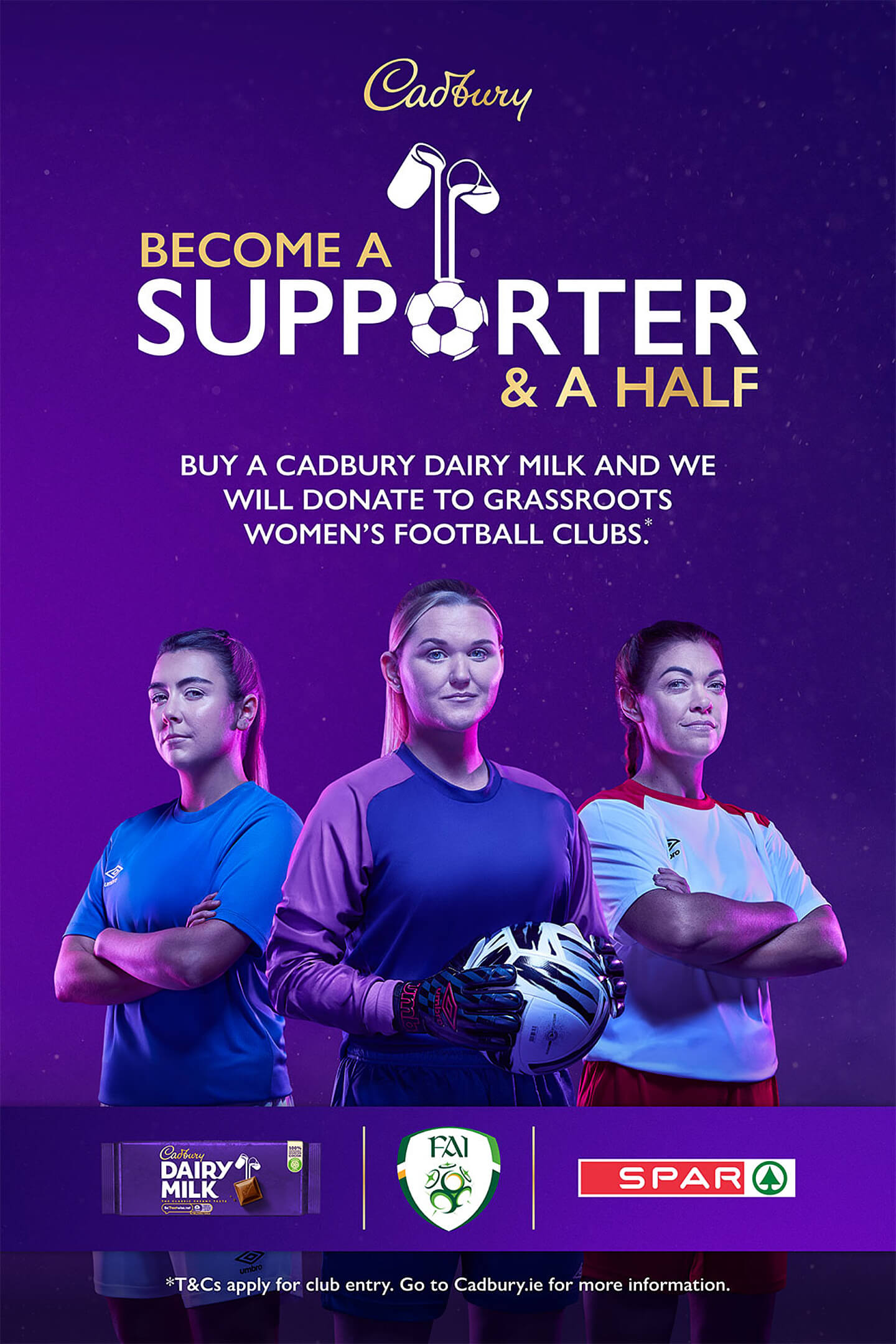